The fourth annual fire safety and awareness open house was held on Saturday, Sept. 7, 2019 at the Mattawa Fire Hall.

Many visitors attended the event and learned more about the numerous tasks that the firefighters perform; they were able to inspect the fire equipment. Fire prevention and safety information was distributed. Informative videos were running during the event. Interactive displays were available for the children. Draws were held for various items.

The kids, Sparky, and a few adults also enjoyed trying to dunk brave volunteers in the dunk tank!

Representatives from the Papineau Cameron Fire Department were present. Sparky, the department mascot, enthusiastically participated! And, of course, hot dogs were served!

The Mattawa Fire Equipment was on display for the visitors.

The Papineau Cameron Fire Department was on site with their equipment.

Of course, Sparky, the department mascot, tried to steal the show! Do you know The Story of Sparky the Fire Dog ?

Everyone enjoys having their photos taken with the famous Dalmatian.

Mockup of a House on Fire

The mockup includes the front face of a house with windows in which flames were installed on hinges to simulate a house on fire. The kids enjoyed trying to put the flames out with a real hose.

Brave volunteers took their chances in the dunk tank! It soon became clear that Sparky has a mean arm.

Visitors and volunteers enjoyed coffee and Timbits courtesy of the Mattawa Tim Hortons.

Hot dogs and drinks were served to visitors and volunteers. Food was provided courtesy of Mattawa Foodland.

Firefighter Chad Belanger was the chef for the event.

Register your email on this website to receive news about events, fire prevention, etc.

Mattawa District Public School jk and sk students visited the Mattawa fire hall on at the end of their 2019 school year.

It certainly looked like they enjoyed their visit! Everyone left smiling wearing their very own fire hat! 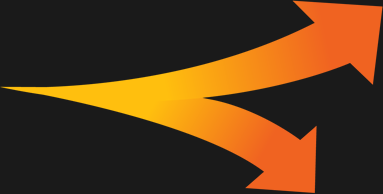 When you call 911 in an emergency, emergency responders can lose precious minutes trying to locate the home, business, or other type of facility that requires assistance if address numbers are not EASILY and CLEARLY visible!

YOU can greatly assist in making this possible!

Some questions, tips and guidelines from the Mattawa Fire Department: